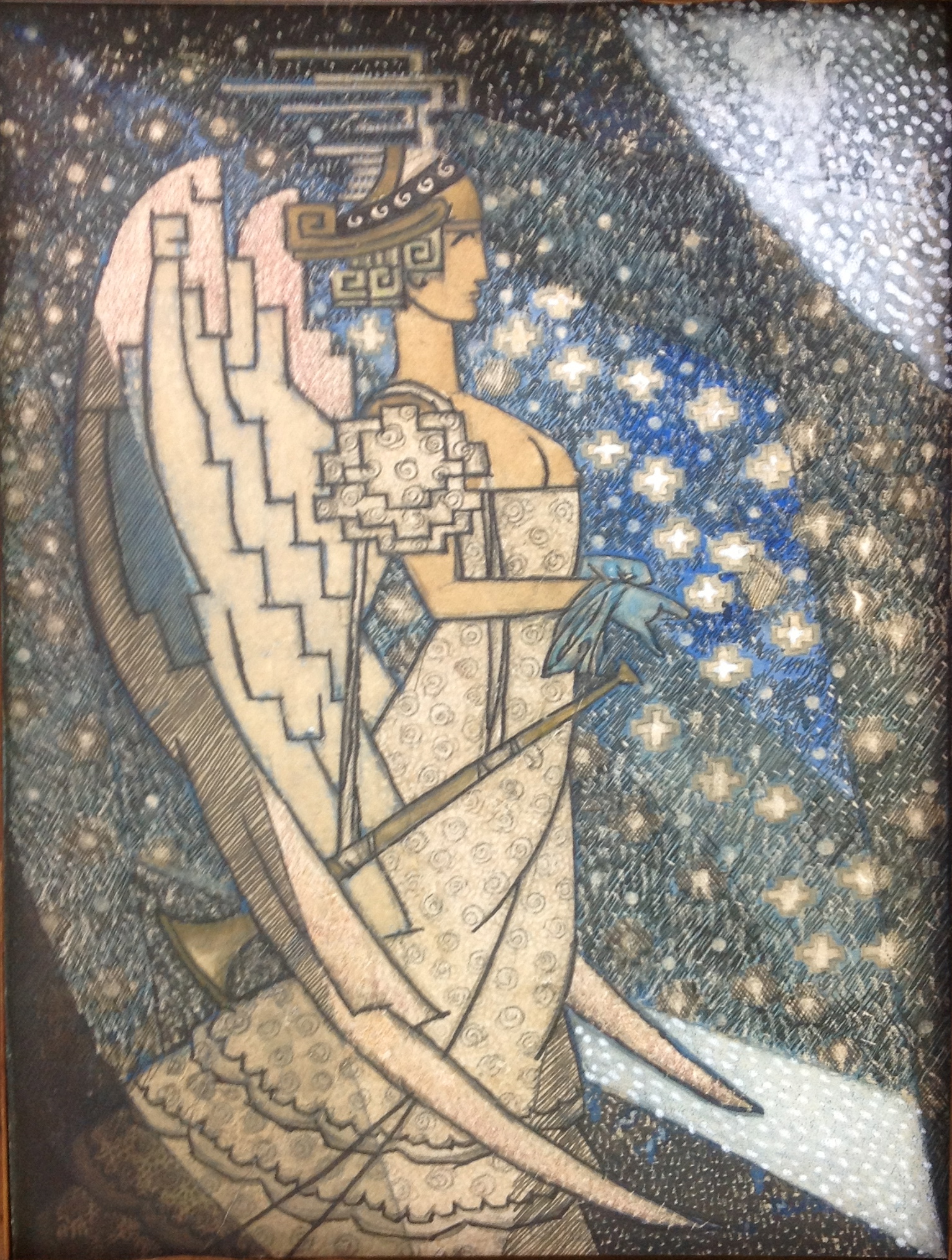 The Sidney Sime Gallery, Worplesdon, Surrey
I’ve just finished conserving this wonderful painting by the extraordinary artist Sidney Sime. A contemporary of Aubrey Beardsley and Alphonse Mucha, Sime was an accomplished illustrator, cartoonist, set designer and painter. This painting, dated [we think] to the first decades of the 20th Century has obvious Art Nouveau and Blakean influences.

The canvas stamp reveals that Sime bought the canvas ready stretched and primed from the artist colourman Percy Young of Gower Street, London – supplier to The Slade School of Art. It is likely that he purchased his paint there too. The clarity of the colours, texture of the brushwork and the integrity of the artist’s technique remain well preserved though it appears that the dark grey border was originally green and has darkened and discoloured with age.

When it arrived in the studio, the painting, was very dirty on both sides with a lot of scuffing and abrasion across the surface of the paint, probably related to poor storage prior to the founding of the Gallery in 1956. Thick droplets of a brown adhesive were visible across the surface and there were paint and ground losses around the edges. Ultra-violet fluorescence examination revealed an unevenly applied layer of discoloured varnish with rivulets and droplets inferring that it had been applied while the painting was upright – possibly on the wall when the Gallery was approaching the opening deadline! Similarly, discordant retouching, visible at intervals around the grey border may have been applied in the 50’s to freshen the appearance of the painting.

Now, almost 60 years later, the painting is freshly cleaned, re-varnished and the abraded losses have been sensitively retouched. The losses around the edges have been restored and the canvas supported with inert, un-adhered insert supports behind the backboard.

Any cookies that may not be particularly necessary for the website to function and is used specifically to collect user personal data via analytics, ads, other embedded contents are termed as non-necessary cookies. It is mandatory to procure user consent prior to running these cookies on your website.